As soon as anyone mentions the words cannabis oil or any other byproduct of cannabis, there usually follows a heated debate regarding its use. But the fact is, humans have known for a long time some of the potential medical benefits of the hemp plant in general and cannabis by-products in particular. One such byproduct is cannabidiol or more commonly known as CBD. Research has shown that CBD has very low amounts of toxicity and mostly benign effects. Therefore, ignoring the potential of CBD is slowly becoming unacceptable for many medical practitioners.

What is it and what can it do?

So what is CBD and what is the big deal about it? CBD is one of many compounds present in cannabis. The most famous of these compounds is THC or tetrahydrocannabinol, which is the mind altering compound found in cannabis. However, the average marijuana plant also contains large amounts of CBD, which does not have mind altering qualities, and has a lot of medical potential. Some of the qualities of CBD are antioxidant, anticonvulsant, anti-inflammatory, anti-carcinogenic, anti-psychotic and anti-emetic. This means it can be used for treating illnesses as diverse as epilepsy, nausea, anxiety, and even schizophrenia. The following is a more in-depth look at some of the main benefits.

Researchers have seen promising results in anxiety relief with CBD experiments. It does this by changing the brains receptors reaction to serotonin, a chemical linked to mental issues. Dosages were given to people and as a result they were able to function better in stressful situations. This makes it promising for people suffering from PTSD.

Studies are showing that CBD (also referred to as CBD vape juice sometimes) effect on inflammation. It has shown to be highly effective for treating chronic pain and neuropathic pain connected to multiple sclerosis.

In trials with patients suffering from schizophrenia, CBD has shown to successful. The pharmacological profile of this drug has shown to be quite similar to other atypical anti-psychotic drugs.

There have been many reports regarding CBD’s capability in inhibiting cancer cell migration, adhesion and invasion. Needless to say, this is a huge find for cancer researchers. Most of the benefits were found in breast cancer treatments. It basically caused cell death for cells affected with cancer. Not only that, it has shown that CBD will not affect cells that are healthy. Other types of cancers it is showing promising results with are lung and colon cancer.

Its been known for a long time that marijuana has anti-nausea properties. Now we know that it is the CBD contained in it that gives it that property. This is helpful for patients who may be suffering from nausea as a result of medical treatments or any other reasons, for that matter.

A recent study was done where 19 volunteers took part in an experiment to treat seizures from epilepsy with CBD. The results were astounding. Out of these 19, 16 of them showed dramatic decrease in seizures as a result.

Since CBD is a cannabis byproduct, it is important to find out if it is a controlled substance in the area you live. Some places it is and others it is not. 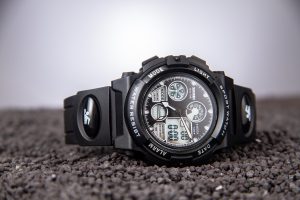 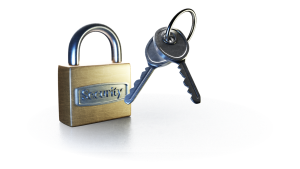